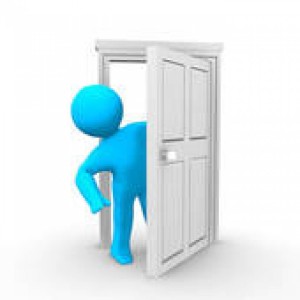 There was an error retrieving images from Instagram. An attempt will be remade in a few minutes.

Find things in my blog

“Refugees: let them in!  Tory government: get them out!”

“Say it loud, say it clear: refugees are welcome here!”

Twenty minutes into the march, and we are at a standstill somewhere on Park Lane, but the Young Socialists are making it clear what they’re here for.

We had started at Marble Arch, and the atmosphere for the solidarity march for refugees was festive, high energy – music, stalls, heat; the unexpected indian summer sun breaking into an otherwise grim September in London. Whistles, banners, petitions to sign, socialist newspapers. Dancing, milling around. The march was visibly starting to happen but a lot of people were observing for a while. Maybe they were all protest march virgins like me.

When I’d set out from home, I wasn’t even sure I’d get to Marble Arch, thinking it could be overwhelmed with people and the tube exits choked. When I get off the central line, though, tannoy announcements are being made – “exit three is for those wishing to participate in the march” – and police officers are already there. Good, I think, this is organised. This makes it less scary.

I climb the stairs to the first chants of “Refugees in, Tories out!”. Hmm… well, I know that we’re all pretty upset with how the government is dealing with this ‘crisis’ but I’m not sure ousting the current party at this very moment is going to help matters.

So, my first ever march. Setting off, it all feels a little… disparate. Arriving alone, I remain alone, despite walking side by side, in front, or behind many humans. We are spread out to start with, feeling more like a group of people on their way to a gig in Hyde Park, walking purposefully, bound but somehow not.

I do, though, strike up conversation with three ‘legal observers’, as their orange, hi-vis tabards tell me. I wonder what they are. “Here to monitor the police” is the answer. Mostly made up of lawyers, or other legal professions, they are volunteers who mainly attend marches to keep an eye on the police; make sure they don’t kick off and start abusing their authority in what can be, undeniably, high-octane situations. I see they carry notebooks in which they’ve penned some notes already, mainly remarking how relaxed it all is. So far, low-octane, then.

After 10 minutes of walking, our weak vein of numbers filter in to the main artery of protesters, appearing from a different direction. This is where the chants – and so the real march – starts. It’s also where any movement we had comes to a virtual standstill.

I observe the banners around me. Refugees Welcome, many proclaim, mine included, procured from an Amnesty International soul at the start of the march, who handed them out to the banner-less, visually quieter participants. It makes my hands feel less empty. It also serves to shade my unprepared skin from the sun, and occasionally leads me to feel self-conscious, despite the company: I’m not used to wearing my socio-political opinions almost literally on my sleeve.

The People’s Assembly are here Against Austerity, Stop the War Coalition tell us Don’t Bomb Syria, and the Socialist Worker wants us to open the borders and let them in. (‘Them’, in the context of this march, seems an odd way to describe people fleeing conflict and seeking refuge. I thought we were supposed to be part of the mob putting humanity at the fore, not defaulting to natural human tribal thinking: ‘us’ and ‘them’.) I also see the Lib Dems, the Green Party, and the Socialist Party, among countless others. Then there are the home-made banners:

I felt was one of the most pertinent. At the opposite end of the relevance spectrum was a sign shouting, in large, gold, glittery calligraphy, that Jesus was a refugee too. Well… ok then…

I imagine it is the various messages visually and aurally on display that prompts a group of Kiwis near me to wryly observe that this demonstration serves to show just how fractured the left is. And, about our noisy, chanting, Young Socialist neighbours: “let’s hope they don’t peak too early”. I’m thinking how long are we going to be here?.

I snail past people of all ethnicities, families with their unwittingly political babies, bicycles, buggies, a Jewish octogenarian and his grandson chatting… I switch to the trickling, but faster, movement along the pavement to find some shade. I also find breastfeeding mothers and people in wheelchairs. On the other side of the road, vehicles toot their horns as they pass, which set off cheers, whistles and whoops amongst the crowd.

At this moment I realise I’m hungry and am glad of my foresight at packing a sandwich. Bloody hope I don’t need to pee, though – we’ve just reached the London Hilton Park Lane, and I’m not sure I’d be welcome in there to use the facilities.

Later, as I speed up my walk, I find myself behind a vocal, colourful, militant faction of women. They have battered, home-made banners which look like relics – war trophies – of previous marches, and I feel that protests must be a regular fixture on their social calendars. They are chanting:

“Sisters! united! will never be defeated!

No borders! no nations! stop the deportations!”

I ponder that last part, and wonder about the organisation of society without borders and nations. I give up on trying to twist my brain around the idea, and don’t dare to ask our lady chanters to enlighten me, although I’m entirely certain that they have considered the matter in great depth…

Becoming apparent to me is a crude, resentful and extreme sentiment running through an element of my fellow marchers.  Just ahead of the militant ladies another home-made banner displays a charming and succinct, personal message to our Prime Minister: “Cameron, you’re a cunt”. Still by Hyde Park, vaguely offensive signs adorn the railings. Amongst these, hand written jokes and insults against Tories, Thatcher, Blair, Eton boys… I’m not sure I enjoy all this class anger. There are also lots of spelling mistakes. If I hadn’t already understood this about myself, I would be realising today that I’m not an extremist. And that I like correct spelling.

By the time we reach Downing Street I’ve lost my shyness and am able to join in with some of the chants – led by the militant, revolutionist women, who’ve brought megaphones. After all, I do truly believe that refugees should be welcome here. We have a sit down for a while and it looks like we might be staying put but, as it turns out, the protest is mostly at an end.

An anti-climactic tailing off, I mosey along Whitehall, ignore the Anarchists – probably inciting us to murder the rich – and join the crowds on the grass of Parliament Square. I have been informed that Jeremy Corbyn has won the Labour leadership election, and is apparently giving a speech where the rabbles have gathered. Strain as I might, I can’t see him for the crowds, nor can I hear him for the drum and bass party that the Revolutionists have started with their large speakers on wheels behind me.

It’s been about three and a half hours and it’s time for me to navigate physically and mentally back to my habitual life, conspicuously free to do this, in contrast to those for whom I was marching.

I have had moments of feeling elated, united, alone, cynical, emotional, compassionate, confused, ignorant, enlightened, hopeless and hopeful… but, overall, I feel a little weary and not entirely sure what I’ve just been a part of.

Naively, I had thought we would all be on the march for one reason but we were actually many there for many different reasons. I am left with more questions than before I came and unsure of the existence of any answers. And so the only role I can confidently play in this vastness is to put the questions to those whose role it is to try to find answers, whether we have confidence in them or not. Over to you, then, Mr Cameron, and to you too, Mr Corbyn.